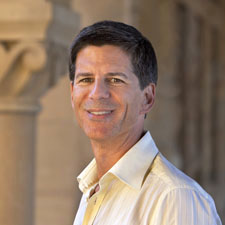 Joseph M. Kahn received the A.B., M.A. and Ph.D. degrees in Physics from U.C. Berkeley in 1981, 1983 and 1986, respectively. From 1987-1990, he was at AT&T Bell Laboratories, Crawford Hill Laboratory, in Holmdel, NJ. He demonstrated multi-Gbit/s coherent optical fiber transmission systems, setting world records for receiver sensitivity. From 1990-2003, he was on the faculty of the Department of Electrical Engineering and Computer Sciences at U.C. Berkeley, performing research on optical and wireless communications. Since 2003, he has been a Professor of Electrical Engineering at Stanford University, where he heads the Optical Communications Group. His current research interests include: fiber-based imaging, spatial multiplexing, rate-adaptive and spectrally efficient modulation and coding methods, coherent detection and associated digital signal processing algorithms, digital compensation of fiber nonlinearity, and free-space systems. Professor Kahn received the National Science Foundation Presidential Young Investigator Award in 1991. He is a Fellow of the IEEE. From 1993-2000, he served as a Technical Editor of IEEE Personal Communications Magazine. From 2009-2014, he was an Associate Editor of IEEE/OSA Journal of Optical Communications and Networking. In 2000, he helped found StrataLight Communications, where he served as Chief Scientist from 2000-2003. StrataLight was acquired by Opnext, Inc. in 2009.